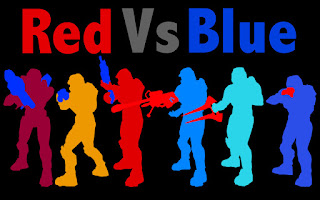 I thought I was finished with colors, but I came across something interesting today in a book by Minae Mizumura, The Fall of Language in the Age of English, which I am reading in connection with an article I am writing on Goethe's concept of world literature. In the third chapter, she discusses the rise of Western vernacular languages in the early modern period. Each of these became a "print language" representing a "library" of accumulated knowledge, which was in turn shared among readers of the various vernaculars -- English, French, German, Danish, Italian, etc., etc. Whatever hostilities may have been felt among the various nations, scholarship and scientific discovery did not stop at the borders. Even if they wrote in different languages, the elites of the various nations were "culturally and linguistically kindred." As Mizumura writes, the knowledge shared across borders was "mutually translatable with minimal loss of meaning." This is most evident in modern science, the achievements of which have been a combined undertaking.

At the same time, as she writes, it cannot be denied that, for instance, "bread" in English feels different from the French pain. Still, the difference between bread and pain is nothing to the difference between English "rice" and the Japanese word ine, "the latter having been lyricized and mythicized for well over a millennium in Japanese culture." As she writes, "Japanese emperors still go through the ceremony of planting rice and harvesting it, a tradition said to have begun in the sixth century." Thus, Japan is a world apart from the nations that make up "the West," societies that are "culturally and linguistically kindred." And then she goes on to say, "To put it in terms of colors, if the Japanese language were red, then all European languages would be some shade of blue."

She gives no reason for choosing these color referents, but, to return for a moment to Michel Pastoureau's books on the history of color, red and blue can be regarded as bookends. Red, as Pastoureau writes is “the first color,” the most primordial and symbolic, for thousands of years in the West “the only color worthy of that name.” It is the basic color of all ancient peoples (and still the color preferred by children the world over). It appears in the earliest artistic representations, the cave paintings of hunter-gatherers 30,000–plus years ago. Blood and fire (the domestication of the latter constituting an important human achievement) were always and everywhere represented by the color red. Both were felt to be sources of magical power, and both played a role in human communication with gods via bloody sacrifices. Humans also painted their bodies red, and shells and bones painted red are found in abundance in burials from 15,000 years ago.

Red is not placid: thus, the Khmer Rouge and the Red Army Faction, but today the legacy of ancient social codes is restricted to denoting things forbidden or dangerous. “Red warns, prescribes, prohibits, and punishes”: firefighters and red stop lights, while fire extinguishers are often the only red objects in office buildings.

As I wrote in a previous post, blue began to offer competition to red starting in the 12th century, to the point that it now outdistances red in everyday life and private space. The reversal of red and blue in prestige from the Paleolithic era to the present suggests a pacification of Western sensibilities. Blue has become associated with peace and tolerance (as in the flag of the U.N. and its peacekeeping forces). In Pastoureau’s telling, blue is the color of consensus, of moderation and centrism. It does not shock, offend, disgust, or make waves; even stating a preference for black, red, or green is a declaration of some sort. Blue invites reverie, but it anaesthetizes thinking. Even white has more symbolic potential.

What a shock the U.S. electoral map was to blue sensibilities on the morning of November 9, 2016. Judging from the red baseball caps of Donald Trump’s supporters, the unruly powers represented by the primordial color have not been subdued at all.

Labels: "The Fall of Language in the Age of English", Michel Pastoureau, Minae Mizumura