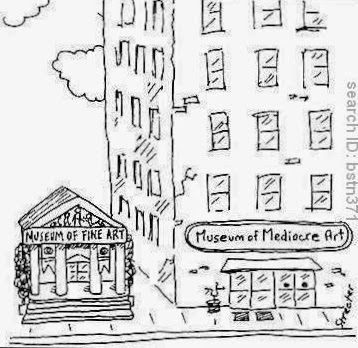 Gee, the quote below sounds like something from Goethe. Gary Oldman (who once did a great impersonation of Beethoven) used it in an interview in the recent Playboy magazine:

The mediocre are always at their best. They never let you down.

I guess it is no news that Habermas's "public sphere" should be dated much earlier than the late 17th–early 18th century. In my work on world literature, in particularly on early communications networks, I came across the above 1641 broadsheet (click to enlarge) illustrated by the Bohemian etcher Wensalaus Hollar (b. 1607), as he was known in England, where he resided for several years in the Earl of Arundel's household from 1637. As Wolfgang Behringer has written, "the breakdown of censorship in England in 1642 dramatically illustrates the effect of the new media complex, with an unprecedentedly powerful new species of public opinion being generated within the space of weeks. ... Once ignited, the desire for free expression could never be entirely extinguished, and with the second expiring of the Licensing Act at at the time of the 'Glorious Revolution' press freedom was made a reality, thereafter remaining the hallmark of a free society." (See "Communications Revolutions: A Historical Concept," German History 24 [2006], p. 369.)

By the way, Professor Behringer is an amazingly wide-ranging scholar. Besides his books on the Thurn and Taxis and, in Im Zeichen des Merkurs, a history of the German postal revolution in the early modern period, he has investigated the history of witchcraft and of climate change.

I went with a friend yesterday afternoon to the Morgan Library, which is hosting a show (recently at the Courtauld in London) entitled A Dialogue with Nature: Romantic Landscapes from Britain and Germany. It features such prominent artists as Britain's J.M.W. Turner and Samuel Palmer as well as German Romantics Caspar David Friedrich, Carl Philipp Fohr, and Karl Friedrich Lessing. Lessing, as I discovered, was the most popular landscape artist of his day.

The Germans and the Brits were pioneers in producing a new kind of landscape that, according to the catalogue,  "abandoned the formulas of the past in favor of a revitalized representation of the natural world." Drawings, watercolors, and oil sketches, all from the collections of the Library and of the Courtauld Gallery, capture "the new sensibility" from its beginnings in the Enlightenment to its "full flowering" in the art of Turner and Friedrich. I like the contrasting versions of towers in the above two sketches. According to the Courtauld site, the origins of "Romantic landscape painting" are in the 1760. Part of the change from the earlier style of landscape was the practice of working en plein air. In The Sorrows of Young Werther, first published in 1774, we see our hero drawing out of doors. So, early on Goethe was part of this phenomenon. I once asked a curator at the Frick if he knew what Werther's landscape style might have been like; he was brought up short by the question.

Probably my favorite painter among the Brits is Samuel Palmer. The lovely crooked tree above reminds me of a conversation concerning picturesque landscape between Marianne Dashwood and Edward Ferrars in Jane Austen's Sense and Sensibility. The exchange seems a perfect encapsulation of Romantic and Enlightenment sensibilities.

"It is very true," said Marianne, "that admiration of landscape scenery is become a mere jargon. Every body pretends to feel and tries to describe with the taste and elegance of him who first defined what picturesque beauty was. I detest jargon of every kind, and sometimes I have kept my feelings to myself, because I could find no language to describe them in but what was worn and hackneyed out of all sense and meaning."

"I am convinced," said Edward, "that you really feel all the delight in a fine prospect which you profess to feel. But, in return, your sister must allow me to feel no more than I profess. I like a fine prospect, but not on picturesque principles. I do not like crooked, twisted, blasted trees. I admire them much more if they are tall, straight, and flourishing. I do not like ruined, tattered cottages. I am not fond of nettles or thistles, or heath blossoms. I have more pleasure in a snug farm-house than a watch-tower—and a troop of tidy, happy villages please me better than the finest banditti in the world."

Marianne looked with amazement at Edward, with compassion at her sister. Elinor only laughed.

My favorite artist among the Germans is Johann Georg von Dillis, who is represented at the Morgan by an oil sketch of a small, gnarled tree, not the kind of landscape I usually associate with him.

I was surprised to hear from my friend that he is reading, in English Wilhelm Meisters Wanderjahre. He expressed dismay that he found it very difficult to "get into." Well, every morning I have been reading a small section of the novel, and I am having something of the same experience. Still, I persevere.
Posted by Goethe Girl at 5:56 AM No comments:

A fun thing about this blog is that it attracts many correspondents. Recently I was contacted by someone interested in the subject of Goethe and inflation. Unfortunately, he knows no German, so that Bernd Mahl's volume (Goethes ökonomisches Wissen) could not be recommended. Looking into the matter a little further I discovered, via Binswanger's small volume on money and magic in Faust, that Goethe had been introduced to the writings of Adam Smith by Herder and, further, by Georg Friedrich Sartorius (Freiherr v. Waltershausen), whom Binswanger calls a good friend of Goethe's. According to the correspondence index of the Weimar edition of Goethe's works, Goethe wrote Sartorius forty-three letters between October 1801 and December 1825. I have not consulted the correspondence yet, although I am curious to see if it contains something on inflation.

Looking a little further, I discovered that Sartorius' son Wolfgang Sartorius von Waltershausen was Goethe's godson and in fact had been named for Goethe. The drawing of Wolfgang Sartorius at the left is by August Kestner, son of Johann Christian Kestner and Charlotte Buff. Small world.
Posted by Goethe Girl at 5:16 PM No comments:

The age of shopping

I have been having a hard time wrapping my mind around Goethe and this blog lately. Partly it's a case of actual physical obstruction (a bedroom was painted) and partly other intellectual activities (a talk on Sylvia Townsend Warner at the New York Public Library on May 29). This morning, however, I read something in The Times Literary Supplement that may jump start me again. It was a review in last year's Christmas issue of the TLS (yes, I am far behind there, too) of an exhibition at the British Library entitled Georgians Revealed: Life, Style, and the Making of Modern Britain. "Georgian" here refers to the four Georges who ruled Britain from 1714 until 1830, and the title of today's post, taken from the TLS review, refers to the growth of consumer society in Britain in that era, assisted along by international commerce and trade. "From the East Indies came sugar, coffee, tea," writes Norma Clarke, professor of English at the University of Kingston, and "the ritual of the tea table was a centerpiece of Georgian politeness."

There is, however, no "downstairs to this upstairs, no servants or exploited laborers," Professor Clarke writes, in her annoying review. Thus, while it is true, as she admits, that "jobs and new entertainments drew people to London and rapidly expanding cities," the exhibition fails to mention the Enclosure Acts "that drove them off the land." All in all,  she writes, "1714-1830 was quite a good time to be born in Britain if you were dealt a decent hand in the aspirational middle classes, and did not have to call in the doctor too often." 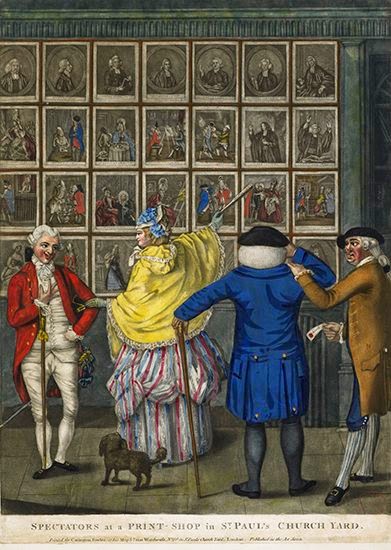 Does this sound like modern carping or what? Professor Clarke's criticisms disregard the considerable enlargement of the "middle class" produced by the rising tide of commerce. The enjoyment of coffee and tea, as the Cruikshank caricature shows, seems to have extended its reach down to the lower orders as well. Slavery, war, exploitation, child labor, and so on are all part of the human past, but it also cannot be denied that the prosperity that began to be produced in the Georgian era was also accompanied by tremendous progress in many material areas of life. In the West and increasingly in the rest of the world, people live better than ever before because of such material progress. We should be grateful to our forebears for that inheritance.

As I have mentioned in numerous posts, it was the rise in prosperity occasioned by trade that began to acquaint Germans with the French and the English and vice versa, both in consumer good and in literary products, and, in the end, made "Europeans" of them all.