How much poetry, how much truth?


Goethe frequently mentions in Dichtung und Wahrheit the divertissements poetiques with which he regaled friends in his youth. He also writes that spontaneity characterized his literary production in these pre-Weimar years. Ideas or scenes would form fully in his head, and he would sometimes jump out of bed in the middle of the night to record them. In Book 19 he mentions how he came upon the figure of Egmont: after writing Götz he became interested in a similar turning point in the affairs of state, which led him to the uprising in the Netherlands against the Spanish. He and his father had lively discussions about he might handle the topic. In turn his father ardently wished to see in print what his son had already worked out in his  head (“dieses in meinem Kopf schon fertige Stück auf dem Papiere, es gedruckt, es bewundert zu sehen”). And so began, he writes, in the days during which he waited for the coach that would take him to Weimar, the composition of Egmont, not like with Götz, in logical order (“in Reih und Folge”); instead, after an introduction, he devoted himself to the main scenes without paying much attention to the connections between them.

There are many things about Goethe’s life that one would like to know more. Unfortunately, he destroyed almost all of his pre-Leipzig correspondence, which might have given us a picture of those get-togethers with Frankfurt friends of his youth, during which he entertained (as per DuW) them with spontaneous poetic effusions. One also misses, of course, the absence of a comparable autobiography of the early Weimar years. Of course, since Dichtung und Wahrheit was written half a century and more after the events it describes, one always has to be careful at taking Goethe at his word about his youth.

Still, it strikes me that surviving correspondence as well as other documents of the early Weimar years offer evidence of the truth of the above-mentioned autobiographical account. 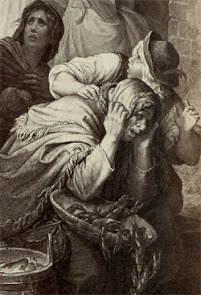 Parts 3 and 4 of DuW portray what Goethe calls the “Zerstreuungen” (distractions) of his life in Frankfurt following on his entrance into the literary world, beginning with his contributions to the Frankfurter Gelehrten Anzeigen and with Götz and Werther. Everyone wanted to meet him, wanted something from him, wanted to instruct him, plus there was the “distraction” of his relationship with Lili Schönemann. Such was also his life in Weimar from the get go. Nicholas Boyle writes that 1778 was the year of “Goethe’s involvement with the amateur theater” in Weimar. Goethe became the organizer of theatrical entertainment for the court, writing some of the plays himself and even acting in them. While Goethe did not abandon his “earlier pyrotechnic productivity,” as Boyle puts it, “in the circumstances it is remarkable that Goethe wrote as much as he did, unsupported either by the immediate Weimar environment or by the wider world of German literary culture.” By the way, on this date in 1778, Goethe mentions that "Egmont war mir wieder in Sinn gekommen."

The diary entries of 1778 document that Goethe saw a lot of theater and opera as well as productions on which he played a major role. Interesting for me to see, especially because of my interest in the "Ur-Meister" is that Goethe records four meetings with the actor Conrad Ekhof in January of 1778, which is when he began writing the novel.