Just the other day I pulled Immortality by Milan Kundera off of the shelf. I have always been drawn to the “Mitteleuropa” point of view of his novels and their situatedness on the 20th-century historical stage: more is at stake than the family dysfunction of so many American novels. I also like the philosophical heft. As a reviewer once wrote, his characters are vessels for ideas. Goethe has a featured role in Immortality, but I already loved it before I wrote my dissertation on Goethe, having first read the novel when it appeared in English in 1991. In Immortality, Germany's great poet is a vessel for ideas about immortality and love. Kundera subjects these ideas to his ironic, even cynical gaze, via the documented relationship between Goethe and Bettina Brentano, later von Arnim. It is a story of what famous people have to suffer: everyone wants a piece of them. As Gabriel Annan wrote in a review of the novel: “The narrator’s tone is debonair. But his view of the world is pitch black.”

Some back history, which Kundera gets right. Goethe first met Bettina in the spring of 1807. She was twenty-two, about the same age as Goethe when he fell for her mother, Maximilian, back in his youthful Frankfurt days. This earlier infatuation with her mother may have led Bettina to imagine that she could be Goethe's daughter. As Kundera writes, the feeling grew in her that “she had some sort of secret right to the great poet, because in the metaphoric sense (and who should take metaphors seriously if not a poet?) she considered herself his daughter.” In any case, she developed what might be called hero worship for the great man. She was a small person and played on being a child, a figure like that of Mignon in Goethe's Wilhelm Meister novel. She liked to sit on the floor; later she wrote that she had sat on Goethe's lap. They met very few times: in Kundera's reckoning six times in the course of twenty years. But she wrote him fifty-two letters, in which she addressed him with the familiar “you” form. These letters were the basis of the book she published after Goethe's death, Goethes Briefwechsel mit einem Kind. As Kundera points out, it was not until 1920 that the authenticity of the correspondence was questioned, when the original letters were discovered and published. 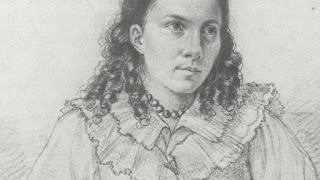 Amid the avalanche of words in her letters to Goethe (to which he only occasionally responded and with ministerial brevity), she also presented herself as a lover. In a letter from 1809 she wrote, “I have a strong will to love you for eternity.” For Kundera, Bettina is a Western type that he characterizes as Homo sentimentalis: feelings raised to the category of value. Bettina was in love with the idea of love, love as an emotion, not with a love relation. In her letters she does not ask his opinions or share ideas with him. The word “soul” appears 50 times in the letters, “heart” 119 times, but not in an anatomical sense. Kundera calls this love “extra-coital”: it exists outside of marriage.

“The gallery of Goethe's loves” (Frederika, Lotte, Lily, Ulrike) usually excludes his wife, Christiane: “The public refuses to see Christiane as one of Goethe's love simply because Goethe slept with her. For love-treasure and bed-treasure were mutually exclusive entities.” The dismissal of Christiane has deep roots, starting in the culture of Weimar, but Bettina added some fuel to it. It is with an encounter between Christiane and Bettina at an exhibition of paintings that Kundera begins his story. The date is September 13, 1811. There was a disagreement about the merits of the paintings, and the upshot was that Christine knocked the glasses off of Bettina's face. It was a very rude thing to do, but Christiane knew that Goethe had approved of the paintings that Bettina was criticizing. Moreover, Bettina's husband was a prominent figure among the Romantic poets to whom Goethe had an aversion. Christiane was also probably sick and tired of Bettina flirting with Goethe.

Goethe cut off contact with the Arnims then and there, which caused Bettina go on a tear  in the salons of Weimar, saying of Christine: “That fat sausage went crazy and bit me!” As Kundera writes, true or not, it has become an “immortal remark," cementing an unflattering image of Christiane. 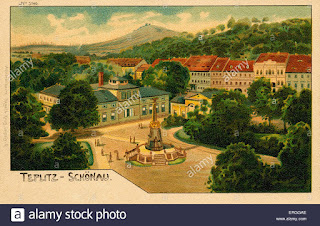 Bettina is also the source of another anecdote affecting Goethe's afterlife. In 1839 (seven years after Goethe's death), she published an account that she said she had straight from Beethoven. For a few days in 1812 the two men were both at the spa of Teplitz in Bohemia. While they were out taking a walk together, the carriage carrying the Russian empress and her entourage passed them. Goethe doffed his hat to the royal company, while Beethoven pulled his hat down over his forehead. Again, the account is not substantiated by documentary evidence, but it has had long legs. As Kundera writes, “it enchanted everyone and became famous.” The outcome was a new story, cementing an image of Goethe as a reactionary, “a servant humbly bowing by the side of the road.” Another image Bettina sent into the world was that of Beethoven “striding forward with his hat pulled down over his forehead … marching down the centuries.”

In the 20th century, Romain Rolland became “a witness for the prosecution of the eternal trial conducted against Goethe.” For Rolland, the self-professed progressive intellectual, the Teplitz episode was an allegory: Beethoven as a radical, Goethe as a reactionary. Kundera finds the anecdote nonsense, even preposterous. Beethoven, after all, had not hesitated to compose for royalty; he even wrote a Polonaise for the Empress of Russia. An alternate allegorical picture would interpret Beethoven striding past the Empress as a statement on behalf of creativity: works of art are immortal, unlike wars or aristocratic costume balls. (Goethe would have felt the same way, but would have been more circumspect.) Those who applaud Beethoven fail to understand his pride as an artist: they are, as Kundera writes, for the most part people blinded by politics. Romain Rolland “would surely have bowed much more deeply than Goethe, if he had encountered Stalin on a path in Teplitz.”

Rolland (along with Rilke and Paul Eluard) also criticized Goethe for not properly loving Bettina and instead preferring his wife. Christiane was described by Rolland as “jealous,” “fat,” “ruddy and corpulent,” and “importunate.” This is surprising for an admirer of the proletariat:

“Why did it never occur to the friend of the proletariat to elaborate the anecdote with the glasses into an allegory, in which a simple woman of the people rightly punished the arrogant young intellectual while Goethe, having taken his wife’s part, strode proudly forward with head held high (and hatless!) against an army of aristocrats and their shameful prejudices?”

Labels: " Goethe at Teplitz with Beethoven, Bettina and Goethe, Milan Kundera and "Immortality

I love your blog and am very into all things Goethe and yours is my my one place to go for reflections and information so please don't think that you are just writing in the ether. thanks,
Tom

I love the blog and Goethe thanks so much